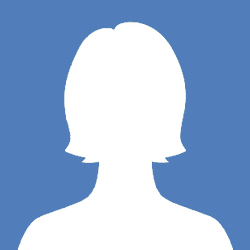 Marine protected areas (MPAs) or tabu are increasingly used as a tool to manage coastal ecosystems and fisheries. The assessment of their performance with respect to management is therefore important. MPAs provided conservation for fished species. Observed benefits do not apply to all species at all times and responses to protection are also variable among fish taxa. Among the many empirical studies on marine reserves, only a few studies considered ‘before and after data’ analysis.

This case study examined the effects ‘before and after’ the closure of a fishing ground on the abundance of fish, invertebrates and the overall change in the substrate cover. The results demonstrated that human impacts on the coastal fisheries contributed to the decline in both the quality and quantity of fishery resources in communities. There was a significant increase (p=0.002) in the total abundance of fish in the MPA compared to the control sites after one year of closure. There were six genera that significantly increased in abundance, these were mainly commercially important genera, Chaetodon, Ctenochaetus, Siganus, Chlorurus, Lethrinus and Epinephelus. There was no significant change in the total abundance of invertebrates. The substrate composition did not change significantly but the percentage of macroalgae was high in both the tabu and the control areas.

This study confirmed the establishment of the tabu as replenishment and refuge zone has significantly increased fishery resources but more time was needed to observe an increase in the adjacent fished areas. The fishing intensity on adjacent areas in the Navakavu community was high that spill-over effect would take a longer period of time before any significant change can be observed. The fishery is artisanal as they usually fish for subsistence purposes and only if there is surplus in their catch then it is sold in the market. This community heavily relies on marine resources as their main source of income.