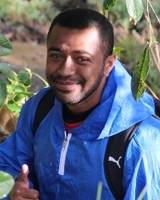 The study surveyed the flora of Mt. Korobaba along an altitudinal gradient using a selective sampling method, approximately relocating altitudinal sampling plots from a similar study approximately 30 years earlier by Kirkpatrick & Hassall. The purpose was to examine the changes in the vegetation and flora over a temporal time scale. To answer this, the study was divided into two main parts; familiarization with the flora and vegetation structure and the ecological component.

Floristic composition varied continuously along the altitudinal transect, often with a few taxa comprising most of the community dominance. Three vegetation types were identified from the altitudinal transect; lowland rainforest, upland forest and quasi-cloud forest. The structural distinction of the three forest types indicated a high spatial and biotic heterogeneity of the forests along the study transect. Botanical diversity of the area is

mainly attributed to the variations in elevation (altitudinal gradient), spatial distribution of tree species, and disturbances.

After comparing findings of the 1985 study with the present study, pseudo turnover was observed as the relocated plots were not accurately determined. Since, the exact location of Kirkpatrick & Hassall’s sampling

plots and raw data were not available, reproducibility crisis was a major issue that was faced. However, since permanent 10 m x 10 m sampling plots were installed in the present study, it could be used by interested students for future temporal studies.